Explore these titles that contribute to the national conversation about reconciliation. 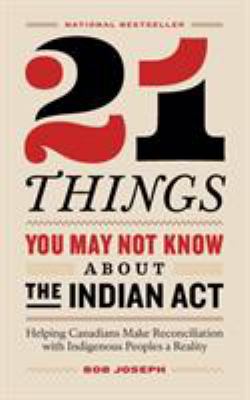 21 things you may not know about the Indian Act : helping Canadians make reconciliation with Indigenous Peoples a reality 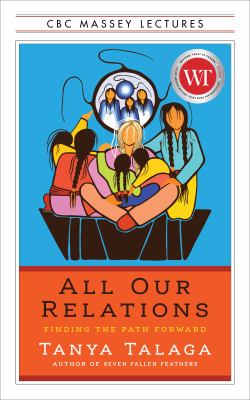 All our relations : finding the path forward 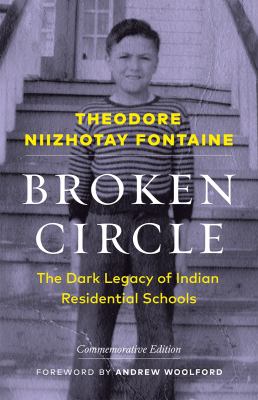 "A new commemorative edition of Theodore Fontaine's powerful, groundbreaking memoir of survival and healing after years of residential school abuse. Originally published in 2010, Broken Circle: The Dark Legacy of Indian Residential Schools chronicles the impact of Theodore Fontaine's harrowing experiences at Fort Alexander and Assiniboia Indian Residential Schools, including psychological, emotional, and sexual abuse; disconnection from his language and culture; and the loss of his family and community. Told as remembrances infused with insights gained through his long healing process, Fontaine goes beyond the details of the abuse that he suffered to relate a unique understanding of why most residential school survivors have post-traumatic stress disorders and why succeeding generations of Indigenous children suffer from this dark chapter in history. With a new foreword by Andrew Woolford, professor of sociology and criminology at the University of Manitoba, this commemorative edition will continue to serve as a powerful testament to survival, self-discovery, and healing."-- Provided by publisher. 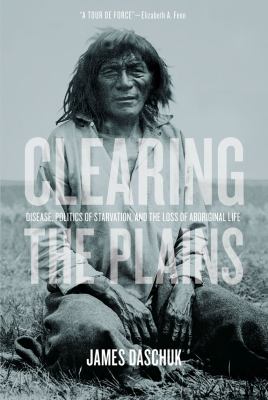 Clearing the Plains : disease, politics of starvation and the loss of aboriginal life 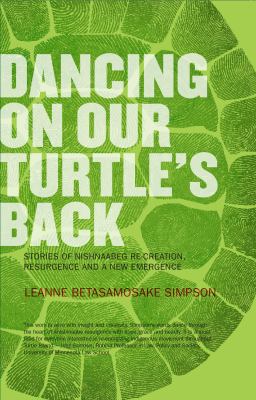 Dancing on our turtle's back : stories of Nishnaabeg re-creation, resurgence and a new emergence 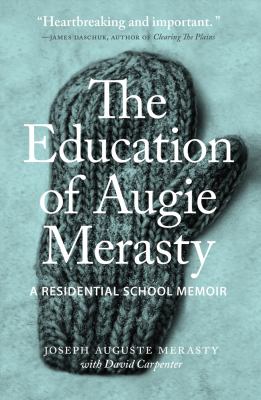 The education of Augie Merasty : a residential school memoir

Now a retired fisherman and trapper, the author was one of an estimated 150,000 First Nations, Inuit, and Metis children who were taken from their families and sent to government-funded, church-run schools, where they were subjected to a policy of "aggressive assimilation." As Augie Merasty recounts, these schools did more than attempt to mold children in the ways of white society. They were taught to be ashamed of their native heritage and, as he experienced, often suffered physical and sexual abuse. But, even as he looks back on this painful part of his childhood, Merasty's sense of humour and warm voice shine through. 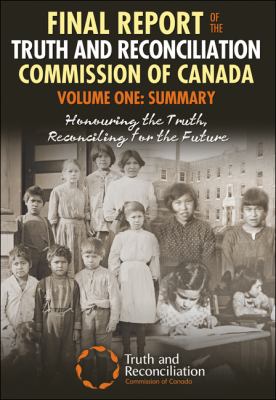 Truth and Reconciliation Commission of Canada
2015 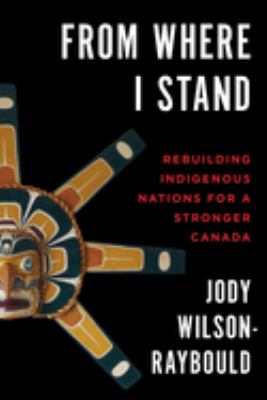 From where I stand : rebuilding Indigenous Nations for a stronger Canada

"From Where I Stand is a timely, forthright, and optimistic book for all Canadians. Drawn from speeches made over a ten-year period both at home and abroad, Jody Wilson-Raybould reveals why true reconciliation will occur only when Canada moves beyond denial, recognizes Indigenous Rights, and replaces the Indian Act. We have the solutions. Now is the time to end the legacy of colonialism and replace it with a future built on foundations of trust, cooperation, and Indigenous self-government."-- Provided by publisher. 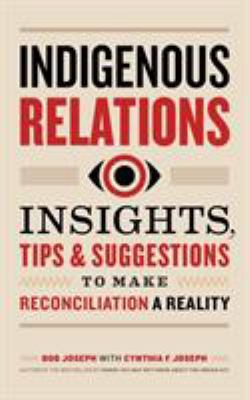 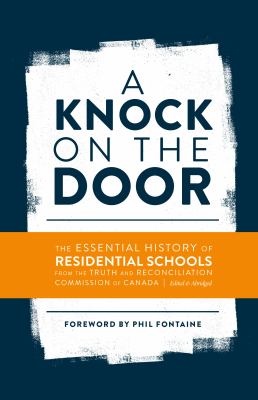 A knock on the door : the essential history of residential schools from the Truth and Reconciliation Commission of Canada 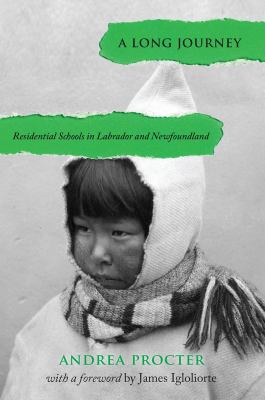 A long journey : residential schools in Labrador and Newfoundland

"Left out of the national apology and reconciliation process that was begun 2008, survivors of residential schools in Labrador and Newfoundland received a formal apology from the Canadian government in 2017, finally bringing them into the circle of residential school survivors across Canada. For years, the story of residential schools has been told by the authorities who ran them, and their voices have dominated the discussion. A Long Journey attempts to redress this imbalance by presenting the accounts of former students as well as examining extensive government, community, and school archives in order to tell the story of these institutions from a range of perspectives. The book examines the history of boarding schools in Labrador and St. Anthony and looks forward to a future in which reconciliation between all Indigenous and non-Indigenous Canadians becomes a reality."-- Provided by publisher. 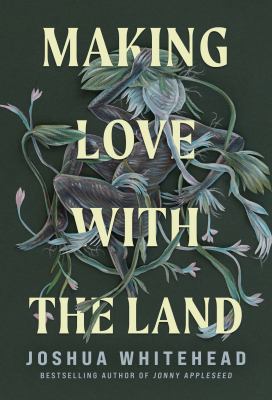 Making love with the land : essays

In the last few years, following the publication of his debut novel Jonny Appleseed, Joshua Whitehead has emerged as one of the most exciting and important new voices on Turtle Island. Now, in this first non-fiction work, Whitehead brilliantly explores Indigeneity, queerness, and the relationships between body, language and land through a variety of genres (essay, memoir, notes, confession). Making Love with the Land is a startling, heartwrenching look at what it means to live as a queer Indigenous person "in the rupture" between identities. In sharp, surprising, unique pieces--a number of which have already won awards--Whitehead illuminates this particular moment, in which both Indigenous and non-Indigenous peoples are navigating new (and old) ideas about "the land." He asks: What is our relationship and responsibility towards it? And how has the land shaped our ideas, our histories, our very bodies? Here is an intellectually thrilling, emotionally captivating love song--a powerful revelation about the library of stories land and body hold together, waiting to be unearthed and summoned into word. 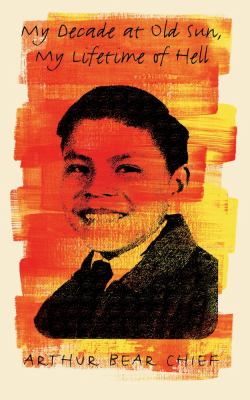 My decade at Old Sun, my lifetime of hell 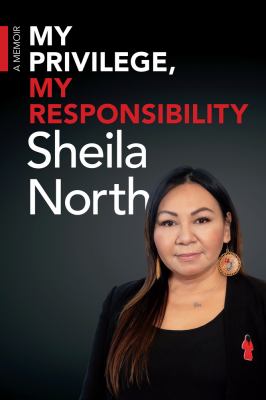 My privilege, my responsibility : a memoir

In September 2015, Sheila North was declared the Grand Chief of Manitoba Keewatinowi Okimakanak, the first woman elected to the position. North's work in advocacy journalism, communications, and economic development harnessed her passion for drawing focus to systemic racism faced by Indigenous women and girls. In her memoir, Sheila North shares the stories of the events that shaped her, and the violence that nearly stood in the way of her achieving her dreams. Through perseverance and resilience, she not only survived, she flourished. 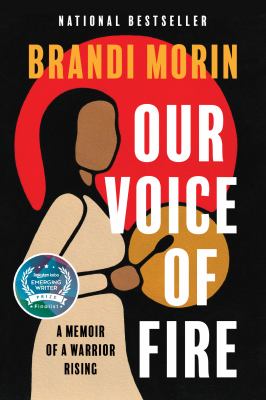 Our voice of fire : a memoir of a warrior rising

Brandi Morin is known for her clear-eyed and empathetic reporting on Indigenous oppression in North America. She is also a survivor of the Missing and Murdered Indigenous Women and Girls crisis and uses her experience to tell the stories of those who did not survive the rampant violence. From her time as a foster kid and runaway who fell victim to predatory men and an oppressive system to her career as an internationally acclaimed journalist, Our Voice of Fire chronicles Morin's journey to overcome enormous adversity and find her purpose, and her power, through journalism. 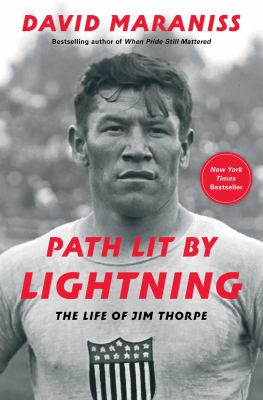 Path lit by lightning : the life of Jim Thorpe 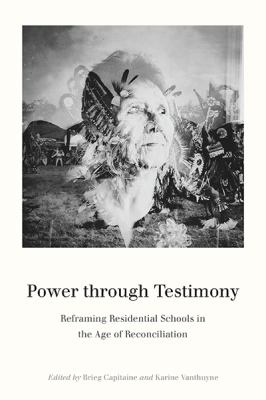 Power through testimony : reframing residential schools in the age of reconciliation 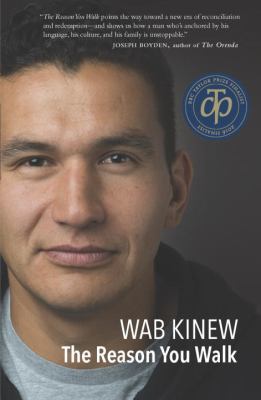 The reason you walk 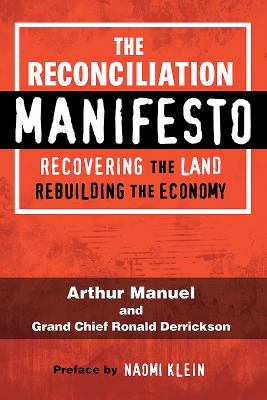 The reconciliation manifesto : recovering the land, rebuilding the economy 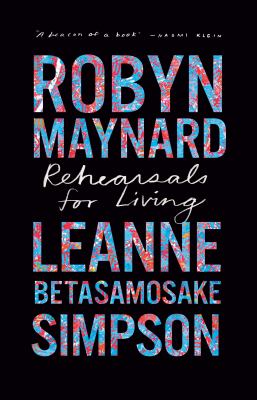 When much of the world entered pandemic lockdown in spring 2020, Robyn Maynard and Leanne Betasamosake Simpson began writing each other letters -- a gesture sparked by friendship and solidarity, and by a desire for kinship and connection in a world shattering under the intersecting crises of pandemic, police killings, and climate catastrophe. Their letters soon grew into a powerful exchange on the subject of where we go from here. Rehearsals is a captivating book, part debate, part dialogue, part lively and detailed familial correspondence between two razor-sharp writers convening on what it means to get free as the world spins into some new orbit. 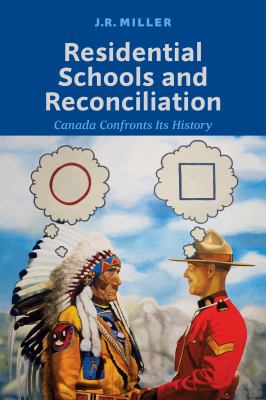 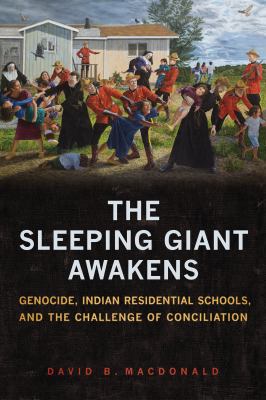 The sleeping giant awakens : genocide, Indian residential schools, and the challenge of conciliation 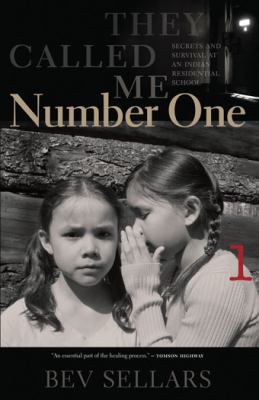 They called me number one : secrets and survival at an Indian residential school 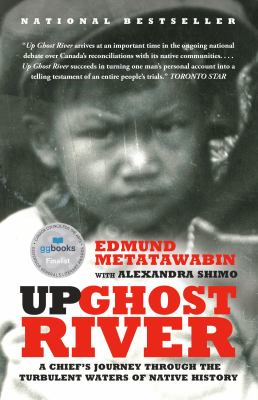 Up Ghost River : a chief's journey through the turbulent waters of Native history

Be the first to get the latest on GPPL programs, events, and special announcements!